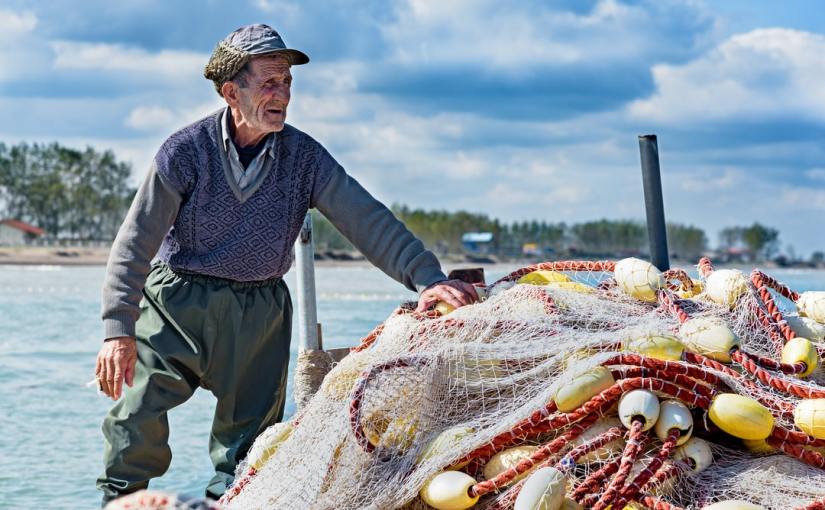 Since 2004, journalist and explorer Dan Buettner has been studying the longest lived populations in the world. These people live in areas called “blue zones”. These are places where people tend to live exceptionally long lives, many living past 100. They also enjoy impressive health and vitality until a ripe old age.

The stories of the individuals that Buettner has met through his travels are surprising and inspiring. There’s Frank Shearer, who water skis at the age of 99, or Marge Jetton, who at 100 begins every single day with a good dose of exercise. A few of the blue zones are the islands of Okinawa, in Japan, and the island of Sardinia in the Mediterranean. In the US, there’s the 7th day Adventists of Loma Linda, California.

The oldest person in my family is my grandmother Jane. She is 91 and lives with my aunt Deb in a beautiful house near Chagrin Falls, Ohio. Growing up as a city kid in Barcelona, Spain, one of my favorite things was our yearly family trip to Ohio, usually in august. I know you must be thinking “Barcelona! That sounds a lot more interesting than Ohio!”. But modernist architecture, gothic churches and Mediterranean cuisine aren’t super exciting for a 10 year old.

“Bella Vista” (the name my grandparents gave their home), is a lovely wooden house surrounded by lush green forest. I couldn’t have phrased it this way back then, but I think for me and my brothers, it offered such a wonderful sense of space, freedom and connection with nature. We loved playing outside in the garden, and nature is so full of life there. Some mornings, we would look out the window and be greeted by a deer in the back yard. There were also groundhogs, foxes, moles and squirrels. And all kinds of beautiful birds too: blue jays, northern cardinals, as well as woodpeckers, chickadees and an occasional owl.

Through the years, we have kept visiting my grandmother at “Bella Vista”. We love it because it’s a place where we can just relax and unwind for a couple of weeks. We joke that it is our family’s “health and wellness resort”. Perhaps we should start calling it our family’s blue zone. We always leave refreshed, full of energy and plans. I’ve also come to see my grandmother Jane as an example of how to live a healthy life.

The average life for an American today is around 78 years. At 91, my grandmother is still in fairly good health. Her legs aren’t working that well anymore, so she can’t walk very far. But she still drives downtown to the local grocery shop. Her mind is clear and sharp: she reads a lot and most importantly, she keeps a positive and cheerful attitude about things. In her mid 80’s you could have said she had the energy of some 65 year old’s. Cooking, reading, going to church, driving out to restaurants, visiting friends and relatives, concerts and jazz clubs, were all part of her routine.

My grandmother never really ran, cycled, did keto, or went to the gym. Although she gardened for many years and until the pandemic was very socially active. Since there seemed to be a kind of mystery here, I always thought living close to nature was one of the reasons for her good health. It seemed common sense to me that living in a natural environment (where we slowly evolved for millions of years), would have a positive influence on one’s health. And there is in fact growing evidence that nature has a tremendous effect on our brain and health. (Look up Florence Williams).

A study done in Japan measured how the levels of a kind of immune cell that kills disease agents (called NK), responded to time spent in nature. They took a group of middle aged Tokyo business men into the mountains and they hiked for a couple of hours each morning. After the 3 days the blood tests showed a 40% increase in NK cells. A month later they still had 15% more than before the experiment.

However, according to Buettner’s research, nature is one piece of a much larger puzzle. All the people in the blue zones live close to nature and eat their own natural foods. Until recently, they were quite isolated so processed foods weren’t common. But they don’t think of nutrition and health as we do. They’re not taking tons of supplements, obsessing about their diet and keeping up with the latest trends. As Buettner likes to remind his audiences, they are not even trying to live long lives. When it comes to longevity, Buettner likes to put the emphasis on an active life, a sense of purpose and meaningful relationships.

People in these areas have lives where movement and moderate exercise are integrated on a daily basis. They are constantly exercising in small ways. For example, in Okinawa, people sit on the floor, so they sit cross-legged and stand up many times a day. Many of them garden and they don’t have a lot of machines for housework. In the mountainous region of Barbagia, Sardinia, people have traditionally been shepherds. They are very used to walking up and down the hills and mountains of the region.

Buettner talks about how in Okinawa, people are born into a “moai”, which is basically a group of close friends for life. They also cultivate a strong sense of purpose and have a specific word for it, “ikigai”. Their purpose can be simple, but it’s always clear and tangible. Families in the blue zones are often very close to each other, so there is a “sense of tribe” and people feel supported.

At least in terms of longevity, I think I might have been over romanticizing the connection between nature and health (things like fresh air, sunlight, natural foods and rhythms, etc.). Of course, they are important, but our sense of purpose and belonging also plays a role. My grandmother Jane has indeed spent much of her life surrounded by forests, but she also has been very active and involved with her friends, family, and community. At the same time, she has always cultivated a youthful and positive attitude about life. Actually living and enjoying, after all, might be the best source of good health.

Buettner tells the fascinating story of Stamatis Moraitis, a hardworking man from the island of Ikaria, Greece (Ikaria is one of the blue zones). At age 66 he became very sick and was diagnosed with terminal lung cancer. He was told he had six months to live.

He was living in the US at the time, and decided to move back with his parents in Ikaria. Once there he started reconnecting with his friends and his faith. He enjoyed drinking the wine and eating the local foods. He also began work on a grape vine, in hopes of leaving it to his wife. 34 years later, when Buettner asked him, “What is your secret to longevity?”, he said “I don’t know, I guess I just forgot to die”.

For more learning and enjoying: